Virginia and Bermuda: What Really Happened.?


Jamestown shares a history with Bermuda, its sister colony. This from a recent review of a book (mine).

"Virginia Bermhard’s detailed and revealing historical study... insightful and reader-friendly ... provides us with a careful and brutally honest reconstruction of the naked plunder, unbridled greed, festering corruption, unabashed hypocrisy, and systematic disrespect for human life and welfare which...characterized the founding of the first two permanent English colonies in the Americas....

...What makes this volume special, however, is the systematic, straightforward, and non-polemical manner in which it configures this evidence...."
--Caribbean Studies, Vol. 41, No. 2 (July - December 2013. 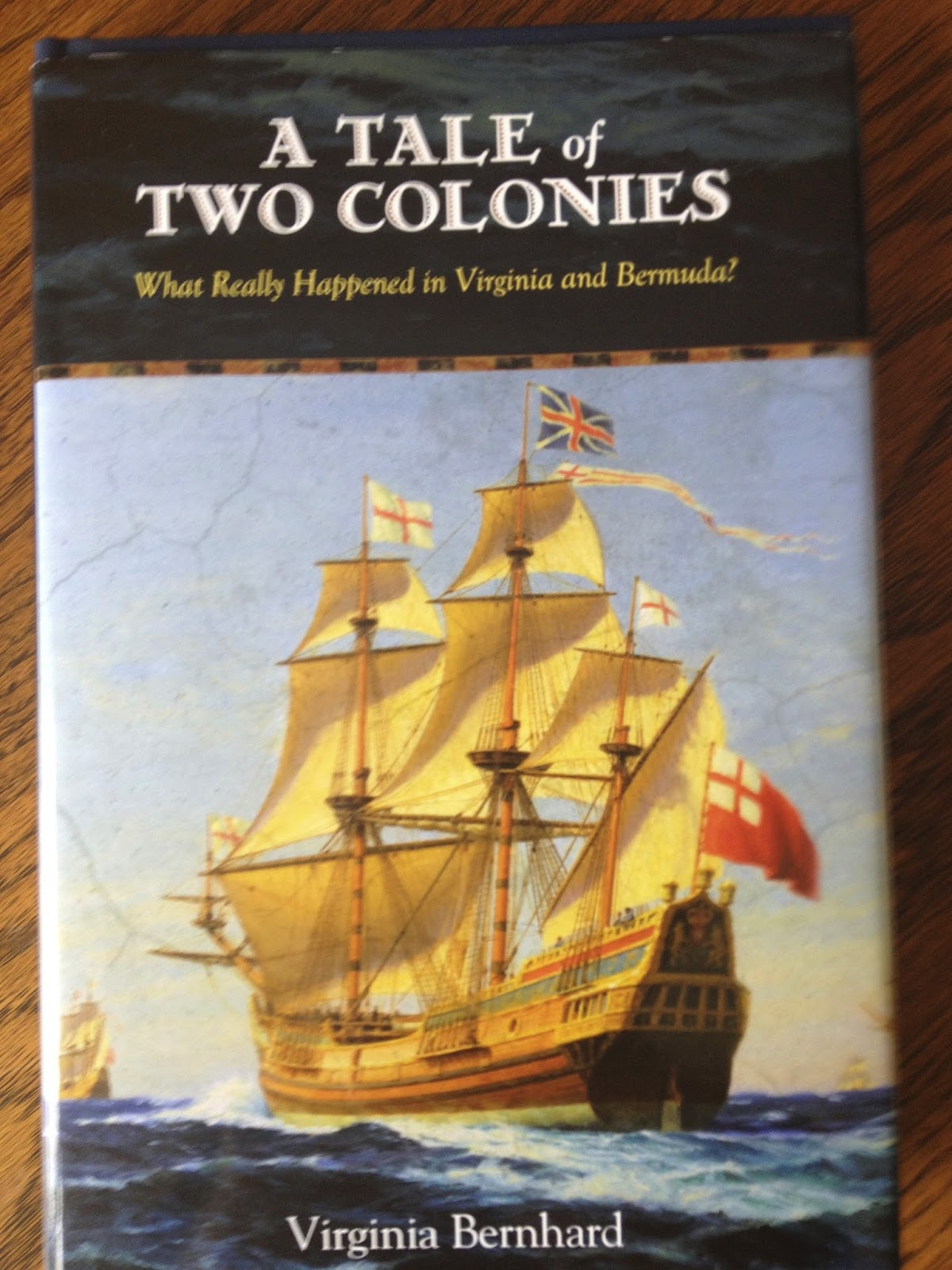 Was this early history better characterized as “heroic” or “glorious” ?


There are two sides to every historical narrative.
Comments welcome.

Posted by Virginia Bernhard at 11:00 AM No comments:

Questions about a Killing

George Percy’s narrative refers to the Indian children’s mother as a "Quene," but she was not a queen by birth. (English colonists were ignorant of native people's social ranks and customs. "Kings" to them, "werowances" to the natives, were not at all the same thing.) The children's mother was  the wife of the werowance of Paspahegh, an Indian village about six miles upriver from Jamestown. In a raid against that village, Captain George Percy’s men had seized “the Quene and her Children.”  After some discussion it was agreed to put the children to death “by Throweinge them overboad and shoteinge owtt thir Braynes in the water. . . .” --presumably while their mother looked on.
Percy claims that he tried to save their mother’s life, but that the governor ordered him to have her killed. She was finally taken into the woods by an English officer and two soldiers. That it took three men to handle her suggests that she did not go passively. Once into the woods, the officer “put her to the sworde.” The manner of her execution raises intriguing questions. Why take the trouble to remove her to a remote place? Why not simply shoot her, as they had her children?  Did they feel that the wife of a king was entitled to a special death, or did her behavior infuriate the Englishmen? Was she swiftly run through--or was she savagely mutilated?
The historical record is silent: Another Jamestown mystery.

English as well as Indians knew the meaning of vengeance. Both sides would keep a deadly see-saw of violence in motion until almost the end of the seventeenth century.

Posted by Virginia Bernhard at 10:04 AM No comments:

The queen was dead, but gruesome deaths are hardly appropriate for Valentine’s Day.

For more about her death, check this space next week.
Posted by Virginia Bernhard at 7:41 AM No comments:

It must have been the queen’s scornful, haughty bearing that offended Lord De La Warr. When Percy led her aboard the Discovery, she had refused to bow before the governor, or even to acknowledge his presence. She . . . . had seen her husband slain by the Englishmen, she had been forced to watch as English soldiers murdered her children, but she did not weep. She only stared, her dark eyes full of grief and rage, her face set as if chiseled in stone. When the killing of her two sons and daughter was over, she had ripped the beads from around her neck and taken the feather ornament from her hair and dropped them overboard. The necklace sank; the blue and white feather headdress floated over the spot where her children’s bodies had disappeared.

My Lord generall . . .seamed to be Discontented becawse the quene was Spared as Capteyne Davis towlde me, and thatt itt was my Lords pleasure thatt we sholde see her dispatched The way he thowghte beste to Burne her. To the firste I replyed thatt haveinge seene so mutche Blood shedd thatt day, now in my Cowld bloode I desyred to see noe more, and for to Burne her I did nott howlde itt fitteinge butt either by shott or Sworde to geve her a quicker dispatche. So .  . . Capteyne Davis he did take the quene with towe sowldiers a shoare and in the woods putt her to the Sworde  . . .

With the killing of a king’s wife, vengeance was set in motion.

Posted by Virginia Bernhard at 7:32 AM No comments: